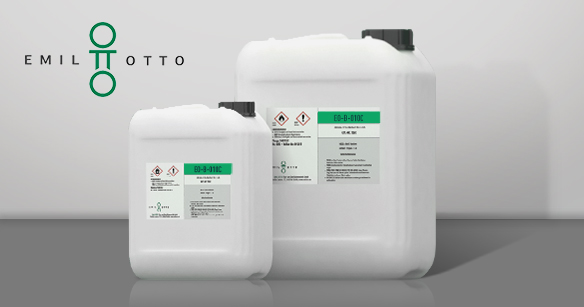 The portfolio of multifluxes is expanding with the EO-B-010 flux. The flux can be used in the wave-, selective- and manual soldering process as well as during cable manufacturing.

The EO-B-010 contains a special synthetic resin, which has a particularly positive effect on the residue behavior. Furthermore, the flux has been developed especially for Organic Solderability Preservative (OPS) circuit boards, on which a water-based organic compound is used, which bonds selectively to the copper of the exposed conductor tracks and forms an organic-metallic protective coating. This coating protects the copper during the soldering process. In addition, the EO-B-010 reduces the development of solder beads.

Just as many other multifluxes, the EO-B-010 is available in the variants A, B and C. The individual variants differ in their solid content and therefore match the respective scope of application. Consequently, the A variants have a low solid content of 2%. These variants have been developed especially for full nitrogen tunnel applications, and due to a wide process window and high temperature stability, guarantee a better soldering result under full nitrogen.

In contrast, B variants represent the standard version, with a solid content of 2.6%. This is the allrounder version. The B variant is also available as dosing pen or dosing bottle and therefore can be used ideally for small applications. The range is rounded off with the C variants, which have a solid content of 4%. These have been developed especially for the power electronics, for which large component bodies have to be soldered at a low assembly density.